What we are not being told about new drinking guidelines

Despite the National Health and Medical Research Council (NHMRC) creating headlines with a recommendation to consume no more than 10 drinks a week to reduce your risk of harm from alcohol, new analysis has revealed Australian drinkers could consume up to 28 drinks a week and still have no greater risk of death than that of a lifetime teetotaller.

The information comes from the government funded research used to underpin NHMRC draft guidelines, however, this important information [1] was not included in the draft report. 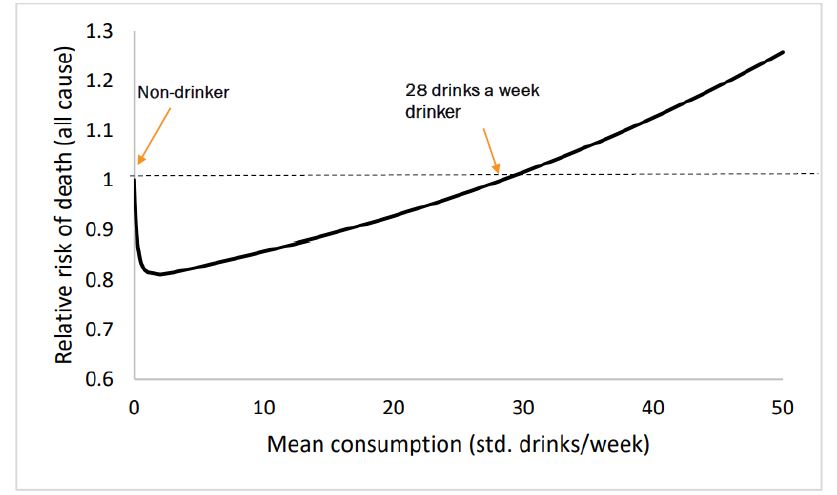 10 drinks a week was chosen by authorities as the representative safe drinking level for all Australians, but is based on a different risk profile and only drinking 3 days a week – a serious departure from previous Guidelines which gave recommendations for drinking across 7 days of the week.

Alcohol Beverages Australia CEO Andrew Wilsmore said: “This is not a call for Australians to drink more but a call for transparent advice to ensure Australian men and women are fully informed of the risks based on the number of occasions they choose to drink in a week.

“Most Australians drink alcohol for enjoyment, relaxation and sociability, and do so responsibly. The NHMRC drinking guidelines which help determine harmful levels of consumption are extremely important and must have credibility within both the health community and the public.

“Considering that Government research found that the public considered the 2009 Guidelines ‘unrealistic’, these harsher, more restrictive, less balanced and poorly targeted Draft Guidelines do not provide more hope of being found to be acceptable by the public, and arguably stand far less chance of public acceptance.

“Australians should not be made to feel guilty about enjoying a drink or a couple sharing a bottle of wine over dinner.

“Also missing from the expert advice are important findings that reveal moderate alcohol consumption can also provide a protective effect against certain cardiovascular diseases. Moderate alcohol consumption actually saves more than 3500 Aussie lives a year from chronic conditions, and on current consumption levels in Australia more women’s lives are saved than lost from alcohol-attributed disease or injury – a net of 308 lives. 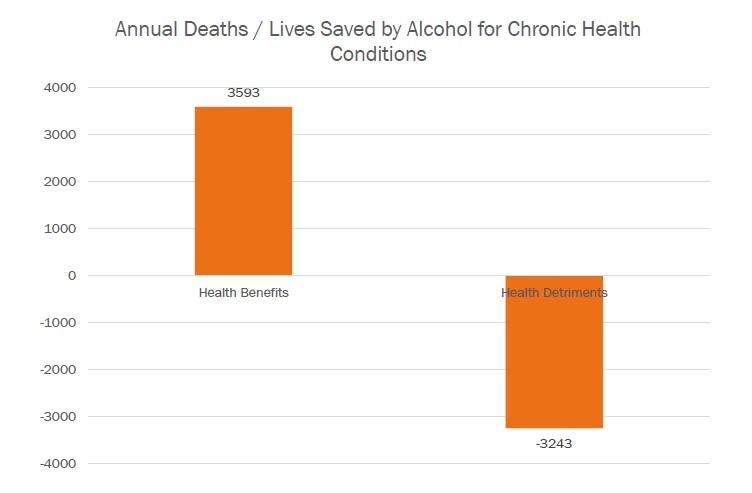 “Australians accept risk every day of the week, whether it’s the food they eat, the activities they pursue or the lifestyle choices they make. Choices over how much risk is involved in drinking are made every day by Australian men and women, and it is critical that these choices are based on scientifically rigorous and transparent processes.”

[i] Data based on: Figure 8, p30. Mortality and morbidity risks from alcohol consumption in Australia: Analyses using an Australian adaptation of the Sheffield Alcohol Policy Model (v2.7) to inform the development of new alcohol guidelines Final report, Sheffield University, 2009