Drinking in moderation is the new norm

Findings from the most comprehensive, independent, and trusted set of data on Australia’s drinking practices have confirmed a continuation of longstanding positive trends in our community.

“These significant results confirm that our drinking culture has permanently changed for the better with drinking in moderation the new norm,” Alcohol Beverages Australia Chief Executive Officer, Andrew Wilsmore said.

The Australian Institute of Health and Welfare (AIHW) National Drug Strategy Household Survey 2019, conducted every three years, has revealed continuous improvements across a range of indicators:

Mr Wilsmore said “These results signal a huge cultural shift has taken place in Australia. We are now more likely to intervene when someone is binge drinking or not in control, whereas a few decades ago, they may have been cheered on.

“Now we are drinking more responsibly, Australians are increasingly comfortable that the moderate consumption of a beer, wine or spirit is part of the Australian way of life. Public support declined for 12 (out of 17) measures that place significant restrictions on people’s access, cost and enjoyment of a beverage, with the strongest opposition being for measures that made it harder or more expensive to obtain alcohol.

“Most pronounced has been the blowback on lockout laws, with the ‘reducing of trading hours for pubs and clubs’ recording the biggest drop in support (from 39% in 2016 to 31% in 2019). This measure also had the largest increase in opposition (from 34% to 40%), making it the first time more people have opposed the policy measure than supported it since 2004 (when 32% supported and 40% opposed).

“Beer, wine and spirit producers and retailers have invested heavily on a range of initiatives aimed at improving Australia’s drinking culture and it is pleasing that these programs are having a positive impact.

“Through DrinkWise, the sector has been targeting parental behaviour and peer group influence. Retail initiatives such as ID25 (asking for ID if you look 25 or younger) and Don’t Buy It For Them (stopping others from buying alcohol for the underage) are clearly aimed at stopping underage drinking. The Alcohol Beverages Advertising Code Scheme ensures marketing meets community standards and does not encourage excessive consumption or appeal to minors. The pregnancy pictogram carried on 3 out of every 4 products in the liquor shoppers basket informs women not to drink while pregnant. The survey results show these initiatives to have been highly successful.

“While these results are positive, more needs to be done. More pronounced harmful consumption still occurs in some areas and certain age groups and we are committed to working with governments and local communities to address this in ways that are meaningful to those at risk,” Mr Wilsmore said. 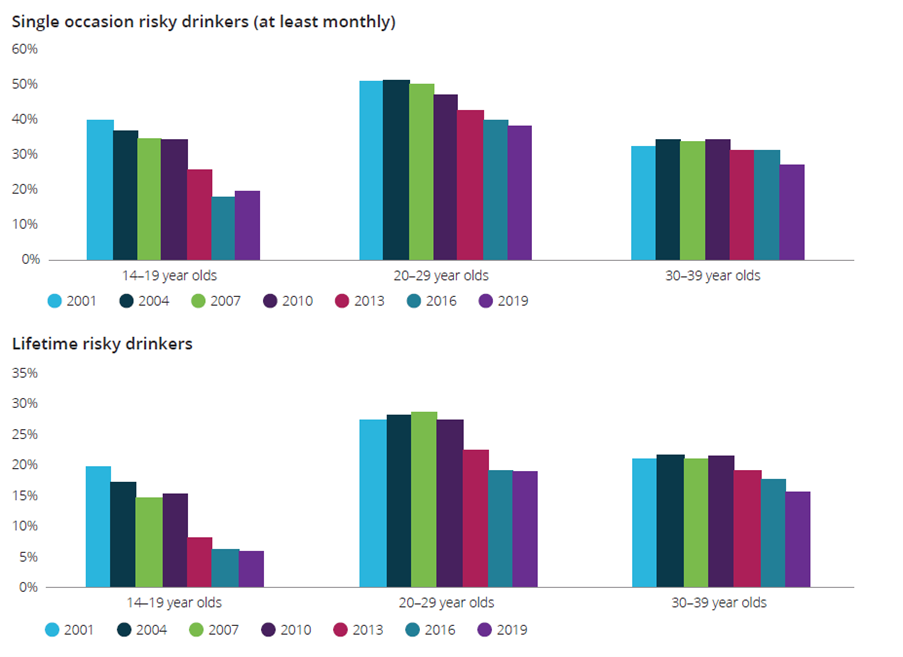