Minimum Unit Pricing hurts the hip pockets of all Australians

All Australian consumers will pay more for alcohol if Minimum Unit Pricing (MUP) is implemented.

“It’s a blunt instrument that forces the majority of responsible drinkers to pay more and takes a proportionally greater amount from those on lower incomes,” says Mr Andrew Wilsmore CEO of Alcohol Beverages Australia.

“The buying habits of heavy drinkers and those with substance abuse problems do not respond to price increases. This inelasticity of demand demonstrates that MUP effectively punishes responsible drinkers, while doing nothing to help people who really need help with their alcohol consumption.”

“When Australia already has one of the highest taxes on alcohol in the OECD, we should be supporting targeted education programmes and measures around responsible drinking, rather than further raising prices for everyone, says Mr Wilsmore.”

Alcohol consumption is at 50-year lows in Australia with the new normal being moderate consumption across the board. “Therefore, we can’t see any benefit to Minimum Unit Pricing”, says Mr Wilsmore.

The graphs overleaf show the Minimum Unit Pricing on alcohol in Scotland caused alcohol consumption to rise it its previous trend after six months of implementation. The only difference is that people are paying more for alcohol. 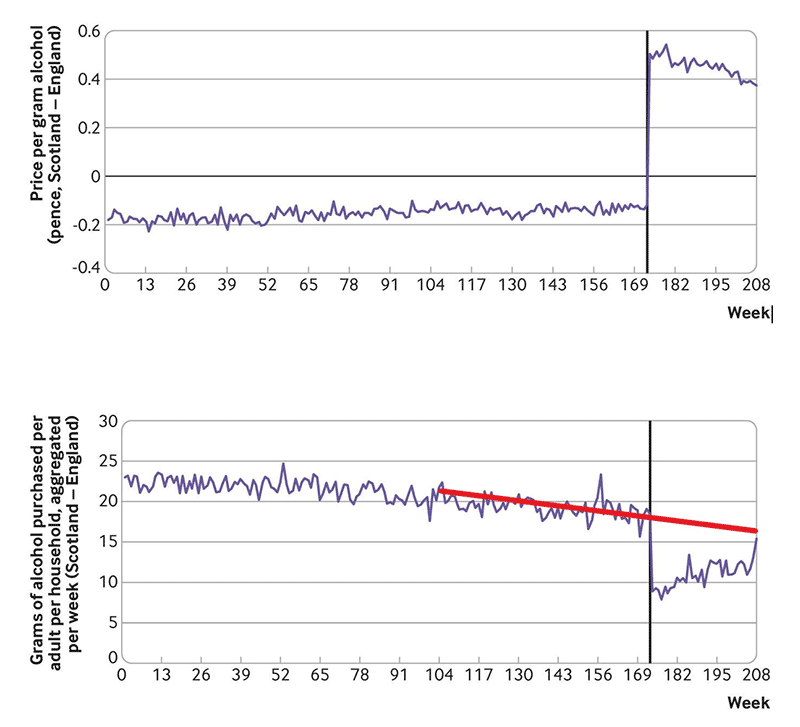